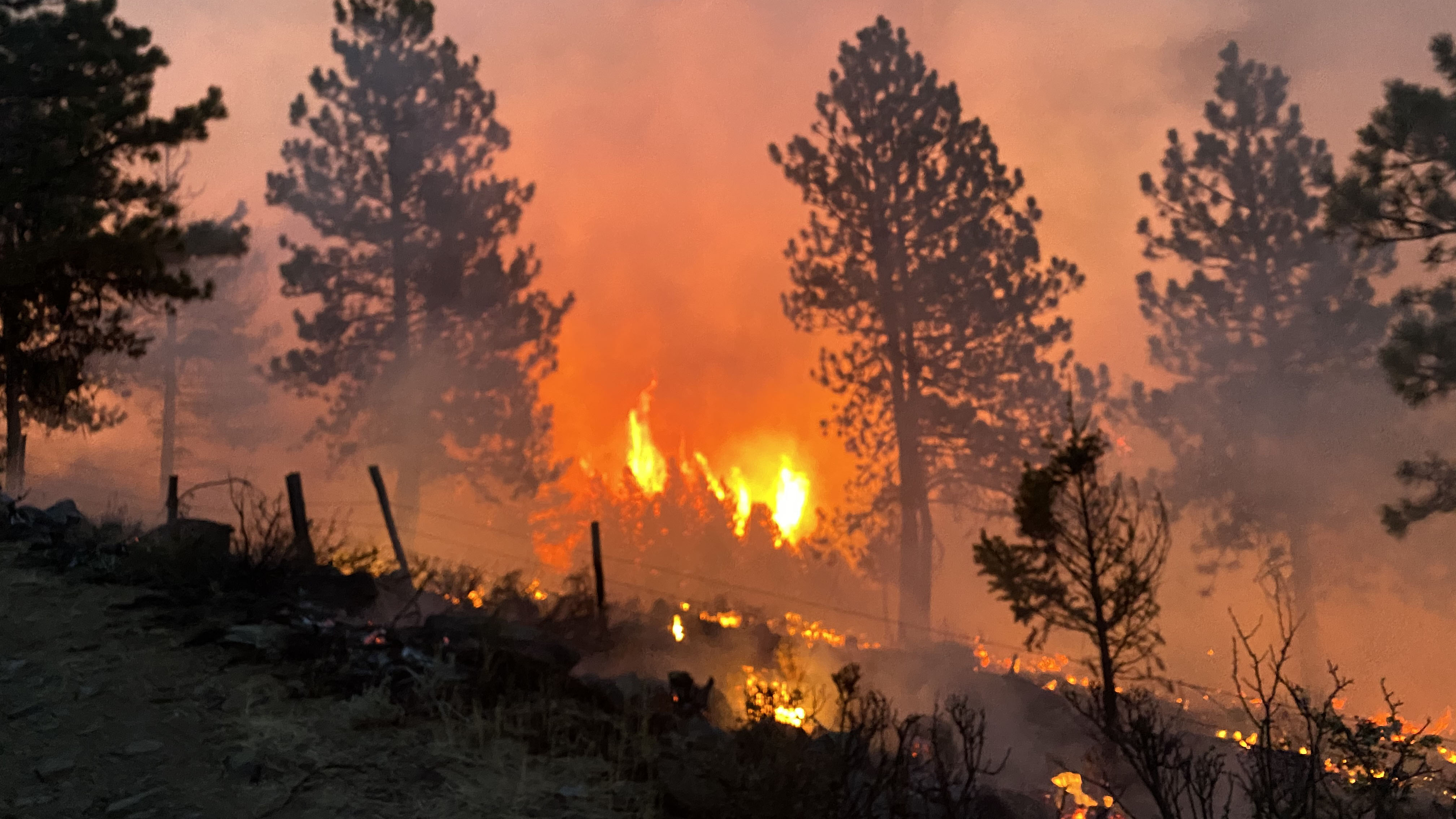 Section 7 of SB762 requires Oregon State University to develop a statewide map of the wildland-urban interface (WUI) which, in conjunction with the statewide wildfire risk to structures and other human developments map will be used to inform policy actions detailed in SB762. This page describes how OSU researchers mapped the WUI across Oregon, how the map is being used, and what it means to be included in the WUI. 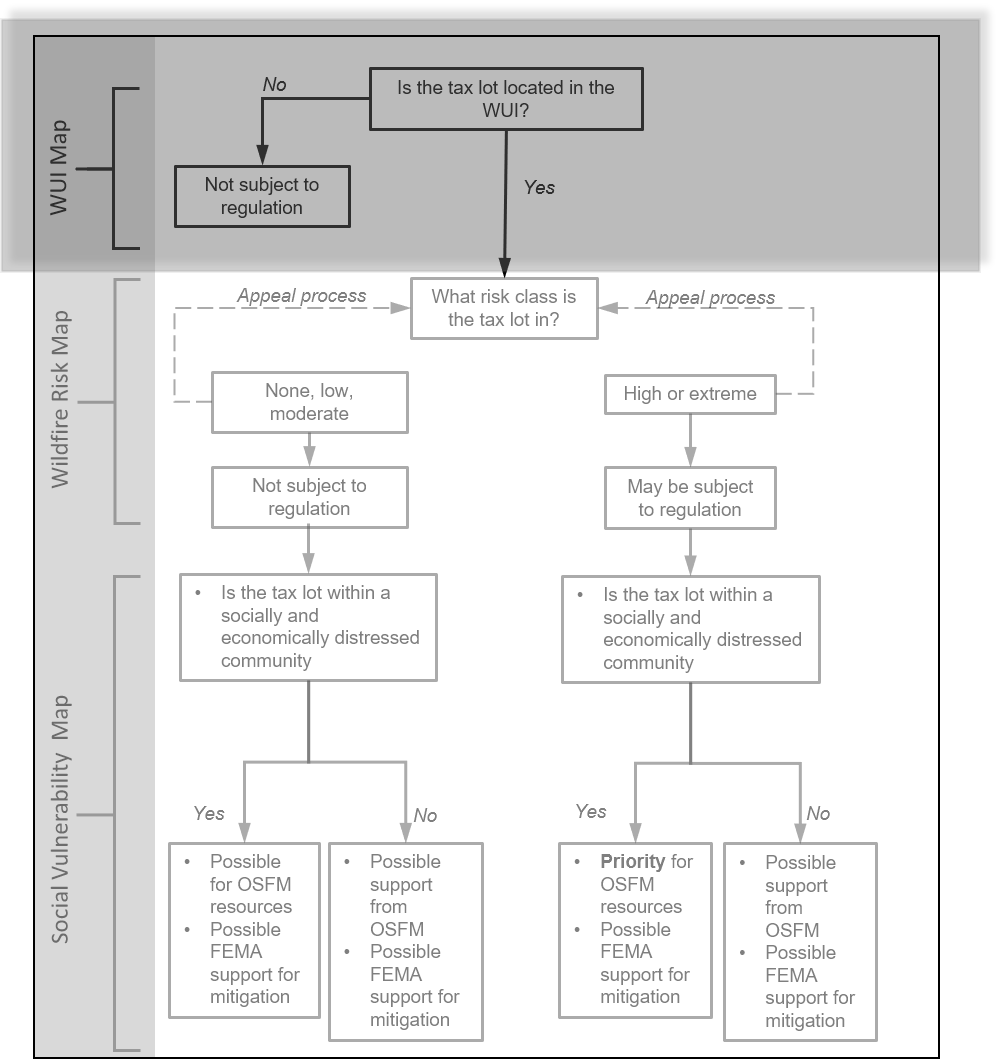 Simplified flowchart of how the three data products developed by OSU will be used together to develop and enforce defensible space rules established under Section 8 of SB762. Here we emphasize how the WUI map can be used, in conjunction with the structure risk map, to determine risk class.

What is a Wildland-Urban Interface?

The wildland-urban interface is the geographic area where structures and other human development meets or intermingles with wildland or vegetative fuels. It can be thought of as a transition zone between wildlands and human communities. On one side of the WUI, in the wildlands, fires are less likely to damage buildings because there are too few buildings. On the other side of the WUI, in the developed core of a community, there is not enough vegetation to support wildfires. In the WUI there is enough vegetation to support a wildfire and there is enough development that wildfires could result in significant damage to homes, critical infrastructure, and human lives.

How Was the WUI Mapped?

During more than 60 hours of planning in a Rules Advisory Committee (RAC), state agency personnel, OSU scientists, and stakeholders developed science-based guidance for development of the statewide WUI map. The RAC adopted national and international definitions of the WUI, and carefully amended them to meet the intent of SB762 and to accommodate input from stakeholders. We then applied the best available science to map the WUI within the guidance provided by the RAC. We used the most current data and peer-reviewed methods that have been applied in similar analyses at state, national and international scales [1, 2, 3, 4, 5].

Step One: Develop a potential WUI map of all areas that meet the minimum density of structures and other human developments

State law says that in Oregon the WUI boundary is defined by areas within an Urban Growth Boundary, or any area with a building density of at least one building per 40 acres. We used the Statewide Building Footprint of Oregon data developed by the Oregon Dept. of Geology and Mineral Industries to identify all structures and other human developments in Oregon. The statewide building footprint dataset consists of more than 2.1 million footprints that have been compiled from multiple sources and verified. We excluded all buildings less than 400 sq ft. in our analysis. Multiple buildings on a single tax lot were simplified to a single building so that density was not over-represented, particularly in agricultural and rural areas where outbuildings might otherwise inflate local building density [6, 7]. 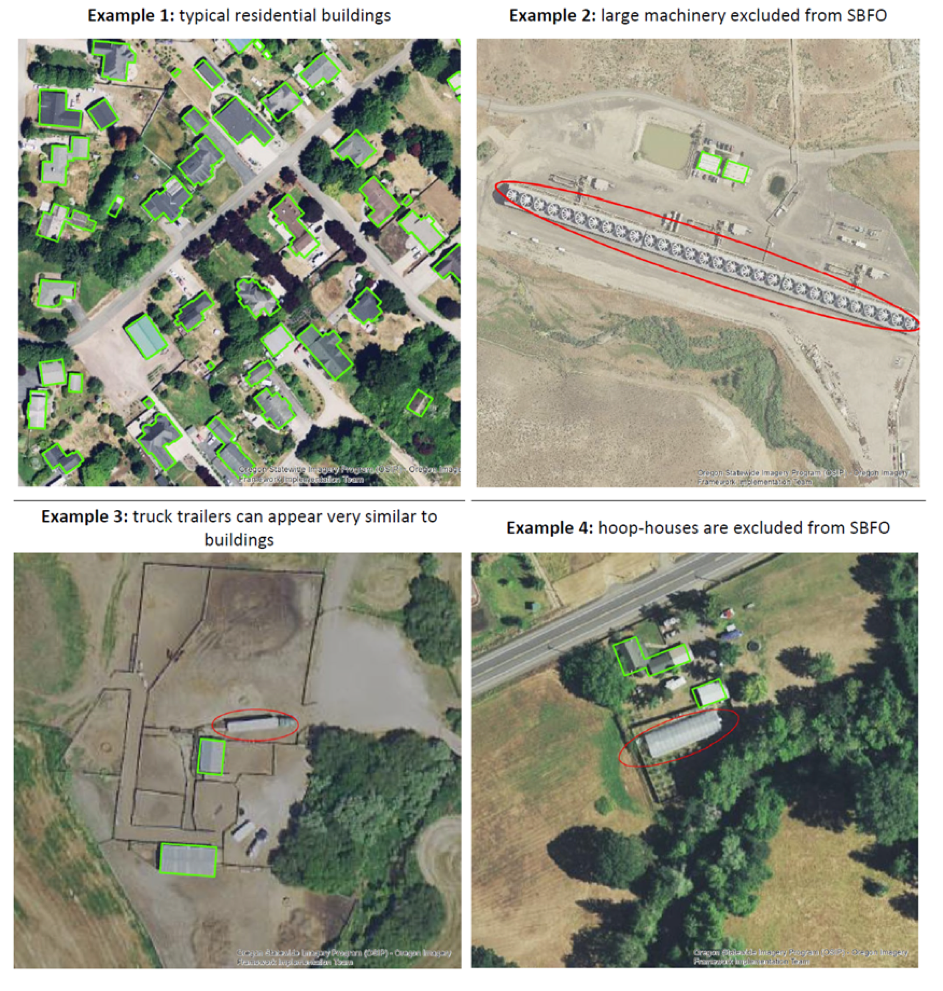 The WUI is also defined by the density and proximity of wildland and vegetative fuels ("fuels"). By including density and proximity of fuels in the definition of the WUI, the urban core is excluded, and the focus is placed on those areas with sufficient building density and sufficient fuels to facilitate a WUI conflagration. Consistent with national standards, we further classified the WUI into three general classes (intermix, interface, occluded) to inform effective risk management strategies. 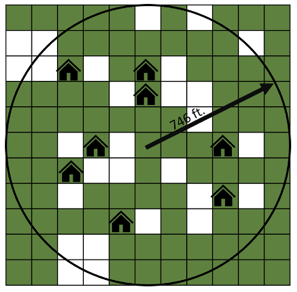 Areas that meet the minimum building density threshold and which are surrounded by at least 50% fuel. 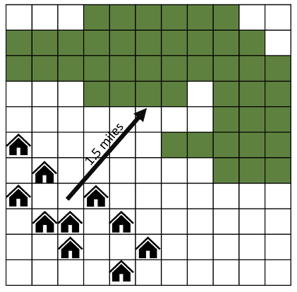 Areas that meet the minimum building density threshold and which are surrounded by less than 50% fuel cover, but are within 1.5 miles of a large patch (≥ 2 sq. mi) of fuels. 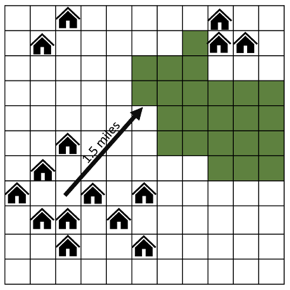 Areas that meet the minimum building density threshold and which are surrounded by less than 50% fuel cover, but are within 1.5 miles of a moderate patch of fuels (1-2 sq. mi). 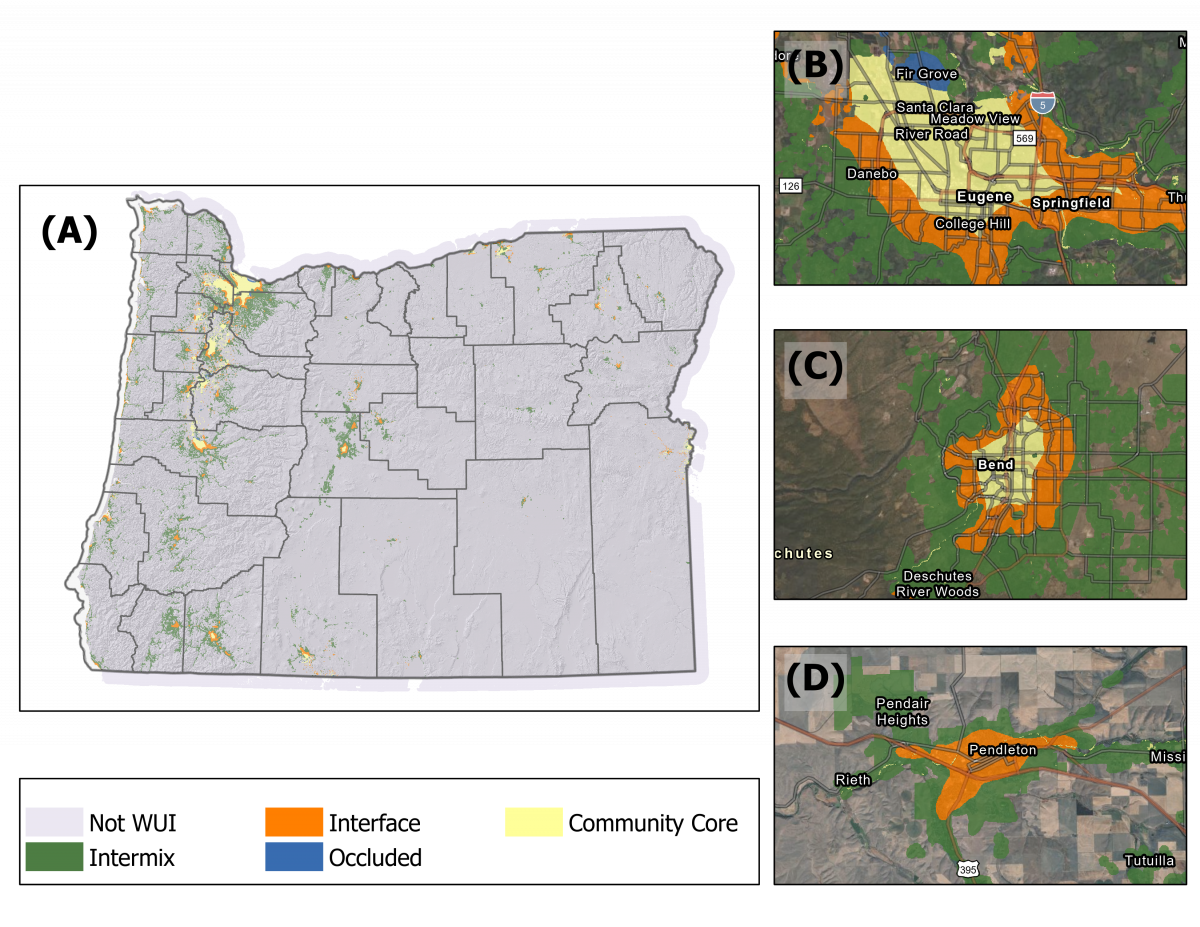 What is the wildland-urban interface (WUI)?

How is the WUI map included in the wildfire risk assessment?

Why was the WUI classified into three different categories?

Classifying the WUI into intermix, interface and occluded types is consistent with national standards, the International Wildland-Urban Interface Code, and the federal register.

How does this WUI map differ from other WUI maps of Oregon?

There are numerous maps of WUI for Oregon and the surrounding region. Other WUI maps may differ from the WUI map developed by OSU for SB762 due to alternative methods, different data, or because they were designed for a different purpose. Specifically, many previous WUI maps were based on interpolated census data whereas the WUI map developed by OSU scientists was made using building locations (i.e. Bar-Massada et al., 2013) which have been used to more accurately identify areas where structures are most susceptible to wildfire impacts (Caggiano et al., 2020).

Why are rural areas mapped in the wildland "urban" interface?

Oregon's 2021 SB762 specifically requires a map of the "wildland-urban interface" (WUI) because that term has been adopted by international communities of wildfire, natural hazard, emergency, and land use professionals. However, the word "urban" is misleading. For the purpose of this map, the WUI refers to all places on a landscape where vegetation and structures meet or intermingle, thereby increasing the potential for wildfires to damage or destroy structures. The Rules Advisory Committee developed guidance for the creation of the WUI map based on relevant science, and that guidance was applied objectively to all parts of Oregon by OSU scientists.

Why do neighboring tax lots have different WUI designations?

The WUI map was developed using an objective set of rules and analytical techniques. WUI classifications were influenced by the location of buildings within each tax lot, the density and proximity of adjacent buildings, as well as the density and proximity of vegetation. The unique setting of each building informs whether or not it is in the WUI and its estimated wildfire risk.

When new structures are built, will the map be updated?

Structures and other human development constructed after June 30, 2022 will be incorporated into the WUI map updates [DCJ4]. The WUI and structure risk map will be updated at least every five years.

Why were the building footprints simplified to a single footprint per tax lot?

Many tax lots across Oregon have multiple structures, particularly in rural and agricultural areas where a residence is frequently accompanied by barns, garages, storage facilities, etc. If all buildings were included in the analysis then many rural tax lots would be classified as WUI even though there was only a single remote residence.

Where can questions about the wildfire risk map be directed?

Inquiries can be sent to osuwildfirerisk@oregonstate.edu